A couple months ago I turned over a new leaf on this blog and posted a short book review of My Tibetan Childhood.  Today I’ll continue that trend with a short review of Yudru Tsomu’s The Rise of Gönpo Namgyel in Kham: The Blind Warrior of Nyarong (Lexington Books, 2015).  As with the earlier review, this is not meant to be full, formal book review such as one might encounter in a peer reviewed academic journal.  Instead, it is simply some of my own thoughts on the book (which, fortunately, I quite enjoyed).

Gönpo Namgyel is not an unknown figure to the Tibetological community, particularly to those interested in Kham.  Indeed, his shadow looms large over many discussions of recent Khampa history, seeming to mark a line of demarcation, so that it often feels natural to speak of pre and post Gönpo Namgyel periods.  Further, the basic outline of his story—military conquest of Degé, Litang and much of the region, followed by a fiery death at the hands of Lhasa based troops—is reasonably well know.  Yudru Tsomu, therefore, is not introducing a new figure, or telling a wholly new story.  What she does do, and does with admirable skill as both a historian and a writer, is to flesh out that basic story with a wealth of detail and to situate those events in the broader context of the time.  The latter point is where she really shines, arguing convincingly that Gönpo Namgyel should not be understood merely as a provincial figure from the remote borderlands.  Instead, she shows the degree to which Gönpo Namgyel’s rise was only possible because of weakness in both Central Tibet and Qing Dynasty China.  Further, Yudru Tsomu demonstrates that Gönpo Namgyel’s success conquering neighboring chiefdoms and principalities posed a direct threat to the economic and political ties between Lhasa and Beijing, ultimately reshaping the political landscape of the border.

In broad outline, The Rise of Gönpo Namgyel consists of two major sections.  In the first, consisting of chapters 1 through 4, Yudru Tsomu lays out the background necessary for understanding Gönpo Namgyel’s life and extraordinary success.  To me, this was some of the most interesting material in the book, particularly chapters one and four, where she discusses Nyarong culture. She argues convincingly that Gönpo Namgyel was not on a search for wealth, or trying to advance a political agenda.  Instead, “family feuding, a tradition of vengence taking, banditry, and matrimonial alliances and estrangements were the ingredients that fomented crisis in Nyarong.” (244)

Following this are three chapters that lay out the details of Gönpo Namgyel’s various military confrontations and his eventual defeat.  Some of this material was a little dry and repetitive to me, but it will be gold for those interested in the military and political culture of Kham.  For this discussion, Yudru Tsomu relies heavily on oral accounts and official government documents, and she does an admirable job of creating a nuanced storyline from minimal materials.  I also applaud her inclusion of multiple accounts, when different sources sometimes contradict each other.  I was struck, however, by the near absence of biographical sources (rnam thar and rang rnam).  The events surrounding Gönpo Namgyel are given significant discussion in Jamgön Kongtrül’s Autobiography, for instance, but while this text appears in her bibliography, it was not cited in the text itself.  I don’t know that including this or similar sources would have changed Yudru Tsomu’s conclusions at all, but they might have added something.

Finally, prior to concluding, Yuru Tsomu presents a chapter that looks at the ramifications of Gönpo Namgyel’s activities for Sino-Tibetan relations from the time of his fall through the collapse of the Qing.  This chapter may be the most interesting to those who are interested in Tibetan history, but are not specifically interested in Kham.

On the whole, then, Yudru Tsomu’s work is a standout contribution to the study of Tibetan history.  She has taken a well known (but not well enough known) figure and presented his life with as much depth and clarity as possible.  Perhaps more importantly, she clearly demonstrates why his life and activity matter.  Indeed, if I have any real complaints they are not with Yudru Tsomu’s work, but with the cost of the book and its production values.  I am aware that publishing is expensive, and publishers need to recoup their costs.  But $110 is a lot to spend on a book that is neither antiquarian nor a large format art book.  (In all fairness, I should note that Lexington is hardly the only press to go this route—I’m looking at you Brill and Routledge.)  Further, my copy of the book had a few printers errors.  The margins were off a bit, and there was an annoying black line along the bottom of each page.  More significantly (and amusingly), the entire text block was glued into the binding upside down, leading to situations where I would be sitting in a coffee shop, reading a book that looked upside down to all observers.  Kind of fun, if not exactly classy. 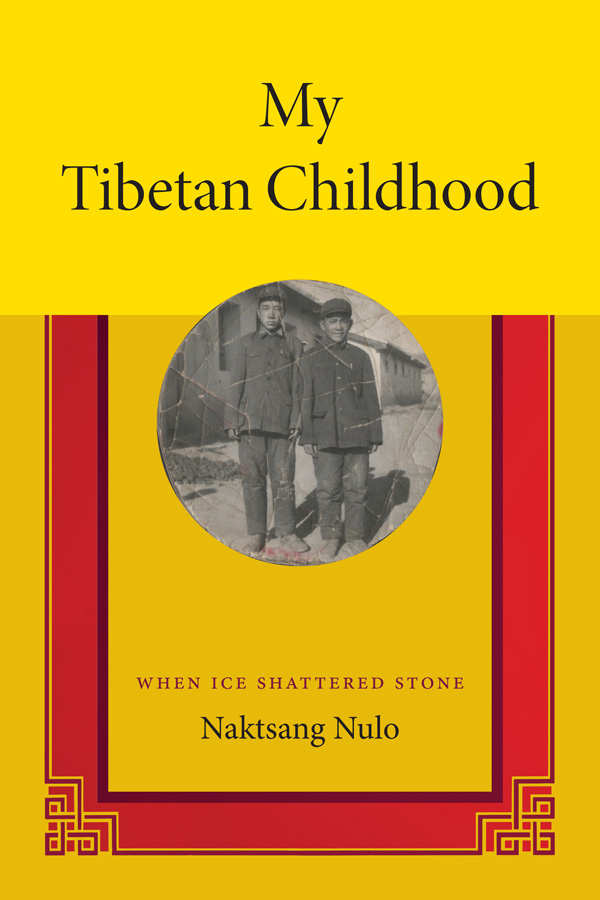 My Tweets
Join 160 other subscribers